Gigi Hadid’s Viral Pasta Recipe (without the vodka) is still as lit as it was when it first went viral during quarantine days! This is the famous pasta dish made by the supermodel Gigi Hadid that went viral on social media, and it deserves all the hype! I prepared it without the vodka since we do not drink and it wouldn’t make sense since my kids would get tipsy LOL!

You could opt to make this Gigi Hadid Spicy Vodka Pasta recipe with the vodka as it is originally made. Either way, you’re going to be over-the-moon happy with how creamy, and full of flavor this pasta recipe is!

This is the same recipe that Gigi Hadid used in her spicy vodka pasta recipe, which went viral on her Instagram story in 2020!

In her recipe, Gigi left the vodka out, but included instructions on where to add it.

We take breaks from having meat on some days during the week. So, I whipped this dish up for dinner today using just a few ingredients I had on hand and OMG it is truly satisfying and screams flavor!

Why You’ll Love this Pasta Recipe

It makes me so happy when I can make a dish that is quick and simple to prepare that satisfies the entire family! Myself included of course!

Why all the Hype?

It took off at a time when everyone was quarantined and in lockdowns. So, we were all looking for some food inspo. We were all also looking to fill our time with something, pretty much anything lol. A lot of celebrities shared some intimate and interesting things with us during lockdown. This is one of those things that really took off. It’s easy to make and the whole family will love it.

So, it’s easy to see how Gigi Hadid’s Pasta Recipe became an instant hit with so many! Try it and you definitely won’t regret it. It’s an easy-to-make dish, it’s pasta (obvious but significant), and perfect for the young and old eaters in your home!

Pasta: Gigi used pasta shells. You could also use bowtie pasta or penne pasta. If you use penne, this becomes a Penne alla Vodka recipe. I prefer white pasta, but whole wheat pasta is also an option.

Oil: Extra virgin olive oil is the way to go for this recipe. It’s the perfect oil to sauté the flavorful ingredients in.

Aromatics: Onions combined with the nutty flavor of the garlic add a kick to the dish. You can use shallots if you like.

Tomato Paste: Tomato paste is an excellent tomato base for this pasta sauce. When you use tomato paste, you get all the flavor without diluting the sauce with too much liquid.

Heavy cream: The perfect creamy base for this sauce is heavy cream (also known as whipping cream). You can also use half-and half.

Parmesan Cheese: Parmesan cheese adds a salty and umami flavor profile to the sauce, giving it a lot of depth.

Basil Leaves: Basil leaves boost the flavor of the dish.

Refer to the recipe card for quantities.

Are there any vodka substitutes in cooking?

What pasta does Gigi Hadid use?

Why do they call it Gigi Hadid pasta?

Actually this recipe is known as Spicy Vodka Pasta and it originated in Italy.  It is delicious pasta covered in velvety creamy tomato sauce with onions, garlic and mix in parmesan cheese. Gigi Hadid’s Pasta recipe is nothing new but since she made it and it went viral, it became known as GiGi Hadid Pasta!

How long does it take to make Gigi Hadid’s pasta?

Most of the ingredients are usually on hand and shallots can be substituted for red or white onions for convenience. It is super easy to make, delicious, and only takes 20 minutes!

How long does spicy pasta alla vodka last in the fridge?

Store leftover pasta in an airtight container in the fridge for up to 3 days.

After boiling pasta, save some water for the sauce!

Throw in the pasta once sauce is ready

Mix Pasta into Sauce and Add Parmesan and Garnish before serving

Ingredients for Gigi Hadid’s Pasta Recipe (without the vodka)

RECIPES YOU MAY WANT TO TRY

Lama
This is the famous pasta dish made by GiGi Hadid that went viral! I prepared it without the vodka and it is absolutely delicious! A quick meal that is sure to hit the spot!
5 from 49 votes
Print Recipe Comment Pin Recipe
Prep Time 4 mins
Cook Time 8 mins
Total Time 12 mins
Course Main Course
Cuisine Italian
Servings 6 servings
Calories 640 kcal

The Pan by Perco Toxic Free – $50 off with code Tastegreatfoodie 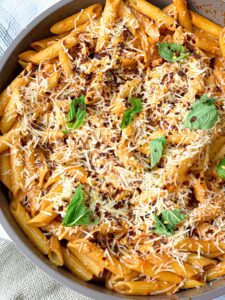 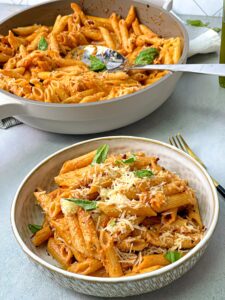 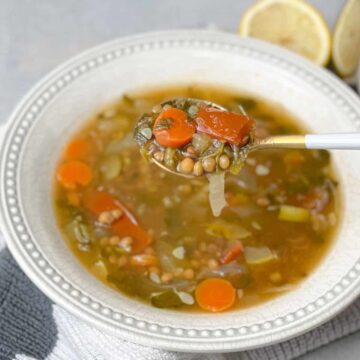 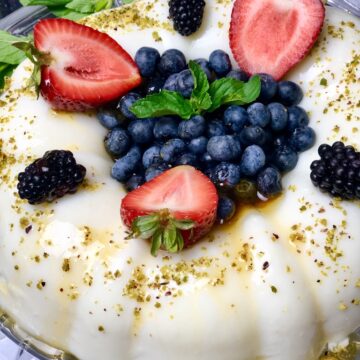 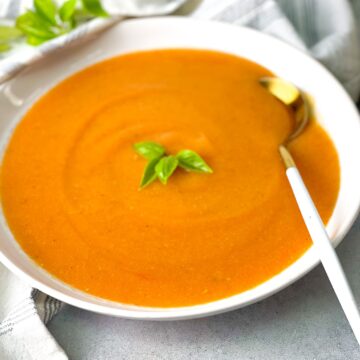 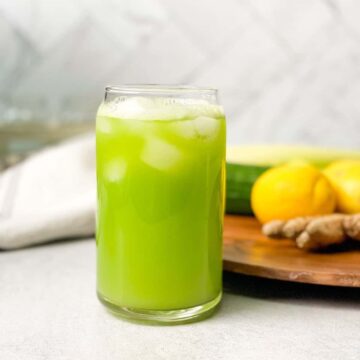 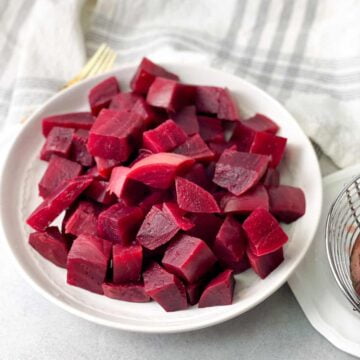